(“Dose 4” in The Meaning of Life, in ten easy doses series.  If you have already read this, read again: improved, clearer, revised!)

This is a “DEEP ONE!”  Well,  at least tries to be.  See what ya think.  I will keep it short and sweet, so not to “cause” undue stress in my readers.

I believe that “cause” is the right word to use in this situation, Be-Cause anxiety is not what I intend to communicate in this post, nor would it be what my readers intend to participate in — in this communication situation.  Stephen King intends to — Means To —communicate Anxiety and his readers are eager to understand that meaning and go along — get anxious.  Of course, I am no Stephen King.  (See Dose 3 for more on Communication)

Reasons can be Causes or Meanings

The “Reason” for an occurrence is not always a cause. The reasons for the behavior of Designed things are in the design. Those reasons are called Information, or are information To the designed thing.   From its Point of View information exists; from more Objective Points of View,  ‘Information’ becomes Causes. In “Dose 2” this distinction was in terms of “Know How” and “Knowing That”.

To ‘see’ information is to experience the world “from the ‘inside’.”  To understand “causes” as the cause of an experience is to consider that experience “from the ‘outside’.”   (For more on this “inside/outside” distinction, see “dose 5”, upcoming.) 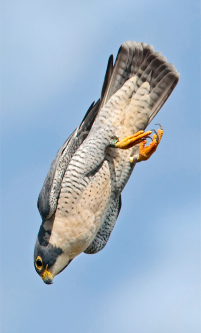 (To this Hawk, Wind is not a Cause, it is Information!  But if this bird were stuck in a hurricane, that wind would be beyond its Design Parameters and therefore a cause.)

It is important to recognize the difference between Information and Causes because —– well, for example, right now we are Acting within our Design by  Communicating.  To communicating creatures, Meaning exists and it is Information.

I am not trying to cause you to change or amend your belief; I am trying To Inform You, Convince You, to change them.  That means, in this case, I am trying to get you to Re-Interpret your Design (your ‘program’ or ‘worldview’)  and thus behave differently.  When the Blue Jays in my backyard start squawking and other birds scatter, we can say the calls caused them, or the calls had meaning to those birds—“Danger, neighborhood Kestrel Falcon is coming.”  Now to the birds, it probably doesn’t matter what We call it, but to us it does.

“Meaning” is a more subjective thing, and that is good because, philosophically, I want some “subjective” things, like Points Of View, to exist in nature and reality.  I want both “Know How” and “Knowledge That”. Compatiblist’s Theories argue for both meanings and causes.  Logically, it seems to us— compatibilists—that if there is only Causes Then ‘things’ like points of view and other subjectivities do not, logically should not, exist.  (Well only one P. of V. and that will be mentioned shortly.)

For example: If all I cared about was Causing you to change your belief, more options would be open to me. I could lie to you; I could slander you; I could threaten you; I could capture you and torture you, but all that I will not do because it would be Wrong, Morally wrong.  At the Level of Design of Persons that is not permitted (probably because in the end, such behavior is destructive of the organization of behavior at that level — it leads to “a war of all against all”, a lower level of designed togetherness). 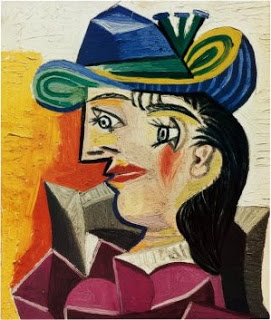 (Artistic movements and their Great Painters help us to ‘see’ the world differently.  They help us be Persons.  The ideas of Design, Meaning, Information and Interpretation explain this power of art; Not the idea of Cause.  To the “science above all else” philosophy, art is fluff, mere opinion and emotion, not any kind of truth, or basic reality.    Above is Monet — “Young Girl in Garden…”, Picasso — “Woman with Blue Hat”, Dali— “Sleep”)

In reality, every Designed Object ‘looks out on’ the world in sort of its own way.  It has a point of view.  A bridge, a bird, a computer running a program, a person: All ‘consider’ what is most “meaningful” to them, most important to their functioning, and ‘ignore’ much of the rest.  Each has its own vital parameters and ‘sees’ “Its World” in relation to them.  “Its world” is that which is within its Design.  It is its “take” on the world, and the source for the “mistakes” that can sometimes occur for a designed object.  These objects have Information that is Meaningful to them.

So, in the end, I should say that A Reason (for something happening) has two important forms.  It can be a Cause and it can be a Meaning.  If all the world were causes, then I think  the most real thing is physics. Here all the universe is so tightly tied together as particles or a quantum wave (as Sean Carroll called it: “a very sparse universe”) that the only way to “see/”understand” it, as such, is from outside the universe, from the aloof —God-like— position of the scientist.  That is the only P. of V. it allows.  No “out looks” exist within that universe, no “takes or mistakes”, no meaning or functioning, and the only Information that exists is the patterned necessity of the one object, the universe itself, as it exists from afar to ‘the scientist’ as some kind of disembodied ‘understanding’!

Compatiblist philosophies want to try to get Points of View into the universe.  They believe that, in our more subjective world —‘the world seen from The Inside’ — many things do Function;  Things initiate much and that according to their Design.   And that includes you and I, dear reader, we can have a chance to share ideas and disagree, even if that is all that it ever comes to. We are dealing in meanings, here; those kind of Reasons.

This Universe is Meaningful! There is more to life than Movement!

The Ult Physical Reality is a ‘Dull’, All-Encompassing, Backdrop.